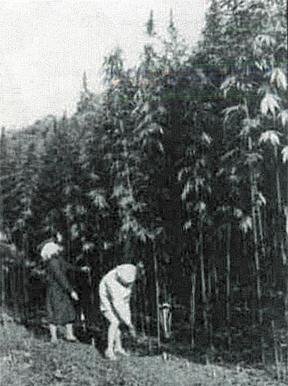 FROM THE 60’S TO MY 60’S Preparing the way for the King and Queen of nature.
PEARLS OF WISDOM By William B. Conde Born March 9, 1943 – No autos manufactured that year, pennies were made of zinc instead of copper and the US government thru the Department of Agriculture called on patriotic American farmers to plant 300,000 acres of hemp, all because the US was involved in World War II. HEMP HEMP HOORAY A weekly column published in the Belize Times by Wm. Conde Dedicated to Educating the Public about Hemp 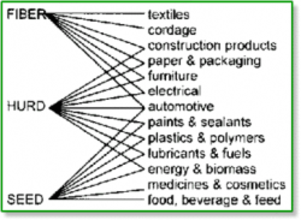 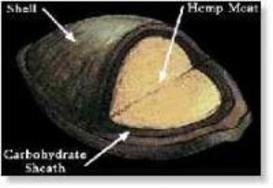 HEMP IS NOT A DRUG, can be grown organically. HEMP, is an anti fungal killing nematodes. HEMP, is a dense and shady crop thus chocking out all other growth, leaving the ground free of unwanted seed and growth, actually leaving the soil in better condition. As a raw material resource HEMP is potentially, the worlds largest source of raw material and can replace most of the two largest (FIBER {trees, cotton, etc.} and OIL {petrochemicals}) out of four (FIBER-OIL-METAL & SILICA) raw materials, currently used, to manufacture most of our consumer goods. Levis jeans were originally made from used hemp sail cloth. Bibles were, and the best ones still are, printed on hemp paper. Rembrandt painted on hemp canvas using hemp seed oil based paints. Some nations still print their money on Hemp. I believe Stradivarius used hemp seed oil in his varnish.

Hemp is a major part of humanity’s agricultural and commercial heritage, having been used extensively for thousands of years in cultures around the world.

As you can see Hemp is a basic raw material with thousands of uses currently and countless future applications. Hemp Is Not Only Renewable, it Goes Beyond Sustainable and Allows for Real Growth.

Yes Trees are Renewable but Hemp is Sustainable
Over half of all trees cut down are cut down to be made into paper. Most trees for paper require forty plus years till harvest. Many trees much older than this have been and still are being cut, for paper. Hemp can grow to harvest in 3 months or less. Two hundred plus trees, about the size of a pencil, 12 to 20 ft. tall, to a square yard, in just 3 month or less. Hemp makes better paper, with less chemicals and energy used, than paper made from tree fiber. Most modern paper pulp mills use 1,500 tons (3,000,000 lbs) that’s a lot, of tree fiber every day. Modern pulp mills run 24 hrs. a day 7 days a week and only close 2 weeks each year for maintenance. There are thousands of giant pulp mills and thousands on a smaller scale. One of the beauties of Hemp is, it will work in these modern, multi-billion dollar giants and the smaller factories also with no major changes in machinery (Fiber is Fiber). It will take less toxic chemicals, one example (hydrogen peroxide instead of chlorine to bleach the pulp to bright white) and less heat (energy) to produce a superior product in every way. The fastest growing part of the building materials industry is composites. Take a tree chop it into little pieces then glue it back together, in whatever shape you choose, that’s a composite. I like to say, “the first law of composites is, all other things being equal, the longer the fiber the stronger the product”. Most tree fiber used in composites has a fiber length of 3/4 inch or less. Hemp fiber is longer, stronger and more resistant to rot than tree fiber. Hemp bast fiber (the outer stringy bark) can be yards long and has greater strength than tree fiber. These long, strong, rot resistant fibers mixed with today’s composite technology leads the why to super strength, environmentally friendly, sustainable building materials. Want to curb the destruction of this worlds forest, grow Hemp. Hemp Fiber, Can Replace Tree Fiber, in Today’s Modern Multi-Billion Dollar Giants and Smaller Paper and Composite Factories, also. Grow it and they will come. TREES = FIBER HEMP = FIBER

This article quoted in part from Hemp Industries Association internet page in the USA
“Hemp is Hip, Hot and Happening”
Increasingly found on store shelves, shelled hemp seeds (“hemp nuts”) and cold-pressed oil have exceptional nutritional benefits and rich flavor. They are used in salad dressings, nutrition bars, flour, breads, cookies, granola, meatless burgers, nut butter, protein powders, chips, pasta, coffee blends and frozen desserts. Virtually all hemp nut and oil in U.S. foods are imported from Canada.An impressive 33 percent of the hemp nut is high-quality protein, providing all essential amino acids in a reasonable balance, making it an attractive component of a meat-free diet. Hemp also contains significant amounts of the vitamin E complex and trace minerals such as magnesium, iron, and manganese. But hemp seeds are valued primarily for the exceptional fatty acid composition of their oil, which makes up 30 percent of the whole seed and 44 percent of the nut. Studies link many common ailments to an imbalance and deficiency of essential fatty acids (EFAs) in the typical Western diet: too much omega-6 and not enough omega-3. Consuming sufficient omega-3 in the right EFA ratio has impressive benefits, including: reducing cholesterol, reducing the risk of atherosclerosis and sudden cardiac death, reducing the need for insulin among diabetics, decreasing the symptom of rheumatoid arthritis, promoting mood improvement in bipolar disorders, and optimizing development in infants. Hemp oil contains the most EFAs of any nut or seed oil, with the omega-3 and omega-6 EFAs occurring in the nutritionally optimal 1:3 ratio. As a bonus it offers the higher-potency omega derivatives GLA and SDA.” With that said, let me say I have used hemp seed oil personally on many ailments that have affected myself and others, over the past seven to eight years, here in Belize. I have not seen any negative reactions to the use of hemp seed oil internally or externally. I have personally used and seen hemp seed oil work with good to excellent results on many different bug bites (Mosquito, sand fly, doctor fly even bee stings), different burns ( sun and kitchen), fungi ( athletes foot, ring worm, jock itch) rashes ( heat and diaper) plant infections, and many more things that affect our skin and the skin of our animal friends. Most mornings I mix two tablespoons full into sweetened condensed milk and add it to my coffee. It is an oil you know, so my stomach and intestines are running smooth as silk. My colesterol was 280 is now 150, triglycerides were 627 are now 80 and decreased toe nail fungus and those white spots many people erroneously call liver spots all without any expensive or dangerous prescription medicine. And did I mention hemorrhoids? If you have a flair up put some hemp seed oil on the spot and get immediate relief from itching and burning. To stop the recurring flair ups take a spoon or two full daily and you will not have flair ups. So it is the only hemorrhoid medicine you can put in both ends.

Crude oil from the ground is a basic raw material used to manufacture thousands of items from fuel to plastics to clothes and many more. Hemp seed oil can be made into thousands of items from fuel to plastics to clothes and many more. Crude oil takes millions of years to renew. Hemp takes 3 months, plus or minus a few days, to renew. Crude oil requires a multi-billion dollar refinery that pollutes everything around it. Hemp seed only requires a cold press with no toxicity to the environment. Crude oil is toxic and every manufacturing process and their products are also toxic. Hemp is grown organically without toxic chemicals and is actually healthy for the environment and humans. You can make fuel, plastics, paints & sealants, medicines & cosmetics and food supplements for better health, from Hemp seed oil. Petrochemicals, thousands of wonderful products all of which are toxic in one way or another to the human condition. Hemp seed oil, drink it to lower cholesterol , triglycerides, sugar and rid your body of unwanted fungi at the same time, cleans out your digestive tract, rub it on your skin for fungi, rashes, acne, itches, burns and plant infections, put it on your salad, make plastic from it, or put it in your automobiles engine. Want to feel wonderful? Try a full body massage with hemp seed oil. Cho, outa dis world man. By the way, with two or three harvest a year possible here in Belize, using current information, 60 to 200 gallons of oil per acre per harvest, and a wholesale value of $100 bz per gallon on the world market (do the math), just the seed and its’ oil make it an extremely profitable crop. And that’s just the seed, you still have the rest of the plant , Fiber and Hurd, with very large yields and high values on the world market, and it’s an organic crop. You want to boost Belize’s economy? Plant hemp!!